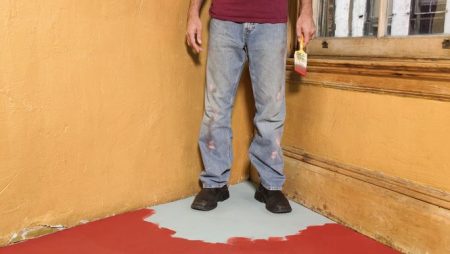 Buying a fixer-upper and transforming it into the home of your dreams is hardly a new concept. Few people—especially first-time home buyers—can afford to buy a house with all the bells and whistles, so it’s common for people to opt for some version of a fixer-upper and make plans to renovate it in the future. We can also give a nod to HGTV’s Chip and Joanna Gaines for making fixer-uppers cool in the last handful of years. Their game-changing TV show “Fixer Upper” has inspired buyers and made the process of overhauling a home seem fun and feasible.

But in the midst of the COVID-19 pandemic, which has turned the housing market upside down, real estate insiders warn buyers that now might not be the best time to buy and overhaul a fixer-upper.

In some markets, deals have been put on hold as buyers got cold feet over the massive financial outlay. In other areas, markets have heated up, and it’s no longer possible to get a home in need of TLC for a bargain. Plus, all the typical problems that can come up when renovating a fixer-upper—unexpected costs, additional contractors—are more problematic right now from a health and financial perspective.

1. Material costs are through the roof

Buying a home with even minor cosmetic issues may end up costing far more than you planned for. Also, those minor problems may mushroom into larger issues.

“More often than not, when you buy a fixer-upper, you will encounter unknown problems that result in going over budget,” says Ben Shrauner, owner of Sell Your KC House in Kansas City, KS, which buys investment houses to remodel and flip. “Material costs are extremely high right now because of strong demand and limited supply. Crews are experiencing delays because of issues getting labor.”

Material costs (even for something as basic as lumber) have doubled and, in some cases, tripled year over year due to pandemic-challenged sourcing and shipping logistics, says Shrauner.

Renovating a home means contractors will be coming in and out of your property. But will that put you at risk of contracting COVID-19? Currently, cases are surging across the country, and safety regulations vary by state. But even in the strictest municipalities, where masks are required, the risk of exposure remains relatively high.

“Contractors will be in your home for hours at a time, and it’s unrealistic to think that they’ll be able to keep their masks on for the entire day during their physically laboring work,” says Julie Busby, a broker at Chicago’s Busby Group.

“We’ve experienced situations where we found severe termite and foundation damage that wasn’t uncovered until contractors started performing the work,” says Pavel Khaykin, founder of the Boston-based home-flipping company Pavel Buys Houses. “This requires very costly work if a homeowner is not budgeting for such items. Also, a distressed property can have code violations or liens, so always do your due diligence.”

Arie Van Tuijl, a home inspector in Herndon, VA, says that “costs are sometimes 10 times more than the initial estimate. A common cause of this is degraded or defective plumbing. For example, a drain system made of galvanized iron may have pipes so brittle that a nudge will cause a leak.

“My best advice is that the older the home, the more wary a buyer should be,” says Van Tuijl.

4. The risk of theft

A lesser-known issue for fixer-uppers is security.

“Homes are particularly vulnerable to theft during renovations,” cautions Kristen Bolig, founder of SecurityNerd in Charlotte, NC. “Doors and entry points are left open as contractors come and go, and criminals target these homes not only for their ease of entry but for their potential haul.”

Fixer-uppers are often many decades old, which means you can end up purchasing a home filled with toxic materials that can cause environmental problems. One of the most common? Lead paint.

“Lead paint was banned by the EPA in 1978, so any home built before the early ’80s is likely to contain lead,” says Samantha Radford, an environmental chemist and the founder of Evidence Based Mommy in Altoona, PA. “There is no safe level of lead exposure for children or women who are pregnant. It can lead to a whole range of health issues.”

Door frames and window sills are most likely to have lead paint, which is “really dangerous because that’s also where pets and teething babies are most likely to chew,” Radford says, urging buyers to purchase a lead test kit at Home Depot or a similar store.

Other potential catastrophes are less obvious and almost impossible to detect. While many home sales require an environmental report, “technicians do not test everything,” warns Peter Gray, president of the Pyramid Real Estate Group in Stamford, CT. “They only test based on research and other suspicions.”

When something seems like a really good idea, people will gravitate toward it. As demand for fixer-uppers goes up, availability goes down and prices skyrocket.

“So many people are buying fixer-uppers because prices in desirable markets are going up and houses with issues are less expensive,” says Christa Hyland, a licensed real estate salesperson at Howard Hanna in Saratoga Springs, NY.

“Plus, everyone has more time because there are so many restrictions on what people can do in their free time right now,” continues Hyland. “But I’m seeing many problems with this. One, first-time home buyers are taking on more than they can handle. It’s also harder to get the permits necessary for renovations because offices are closed. And, it’s really challenging to inspectors and repair people because there’s so much demand for their services.”

Bottom line: Hyland says the best way to prevent unplanned costs is to ask questions. If a real estate agent knows about an issue related to, say, asbestos or the roof, the pro is legally compelled to answer honestly.

“But they may not tell you unless you ask,” she says. “Always ask about the water source and when big-ticket items like the roof or furnace were put in or replaced. Are there big problems with the windows or structural concerns? Ask about taxes, public utilities, and internet connectivity, especially now that we’re all working from home and doing virtual schooling.”

Pyramid Real Estate Group works to continually improve our business to better our clients’ experience. We hire great people for the right positions. We provide education for our workforce and utilize technology to aid communication and consistency of service. We strive to give more attention to fewer clients in an effort to provide the best service. Our goal is to score a 9 or above on client satisfaction surveys.